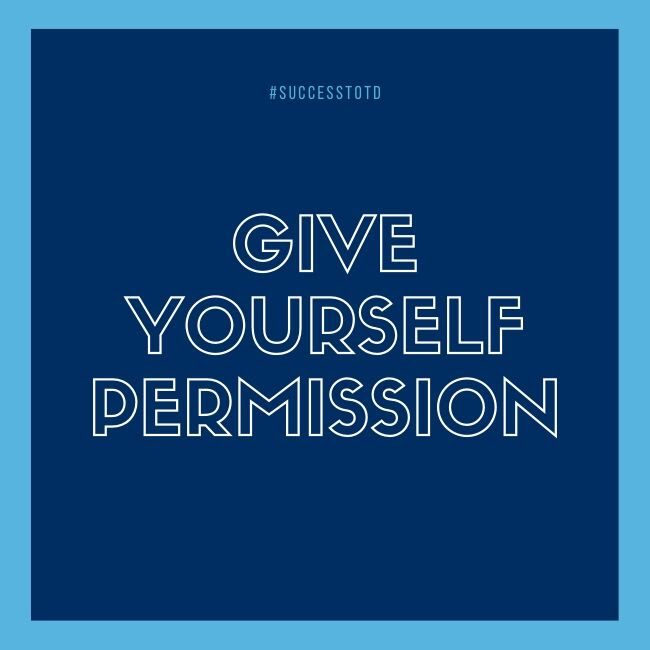 With a new start to my journaling and preparation for the day I have subscribed to a “Success Thought of the Day” with James Rosseau Sr. at thecorelinksolution.com.

Today’s thought was rather “thought provoking” given what the world is going through today. It was “Give Yourself Permission.” James went on to say, “Give yourself permission to be human; to acknowledge and process things in your time; to attend to your needs; to comfort others; and to decide how you want to emerge on the other side.”

We are being inundated with news and information regarding illness, the economy, politics, our country and our world. I saw a suggestion that we limit ourselves to about 10 minutes of news a day. I’m beginning to think that might not be a bad idea.

The closest thing I can remember to what is going on today was on September 11, 2001. The world came to a standstill that day and didn’t get back to “normal” for quite some time.

I thought it was my job to be on top of all the information that was coming out of that situation and to still be on top of what was happening in the city I was working for. Admittedly, most of what we were doing locally was greatly influenced by what was going on nationally.

I didn’t give myself time to process how these events were impacting me personally and what effect that it had on me. After a month of a constant barrage of news I had to step away. I had to get myself re-centered. I began to concentrate on my life and those around me, and I began to feel less stressed and more in control.

This past weekend we did some work in the backyard to make it more of a sanctuary. Nothing extravagant, but a place to escape. Something as simple as a picnic table and pop-up gazebo. We have had several meals out there since and we have enjoyed being outside and away from the constant stream of news alerts and social media postings. We leave the phones down and spend time just talking and “being.”

Take time to take care of yourself. Take time to figure out how you want to emerge on the other side.